Coronavirus (COVID-19): Everything you need to know about

Posted on 10 Apr 2020 | Posted in | 0 comment
The world has been plagued by a plethora of pandemics throughout human history, ranging from Plague, SARS, Smallpox and Spanish Flu to name a few; however, in this case, it is an unknown invisible enemy that is rapidly advancing which is the cause of fear-mongering amongst individuals. 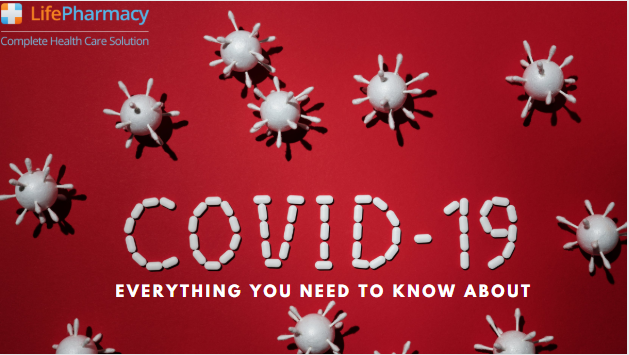 In the past few months, Corona Virus has become the most discussed term in households across the globe, due to the enormous repercussions it has been inflicting on human beings. Corona Virus popularly known as COVID- 19 is a highly infectious disease caused by a family of viruses that causes severe respiratory infections. The recent pandemic is caused due to this deadly mutant family of viruses since its inception in Wuhan (China) in December 2019, causing great concern as it has unleashed human suffering, public anxiety and economic destruction on an unprecedented scale. What is more, the severity of the problem rises further as no vaccine is available for the same as yet, making the community even more vulnerable against this infection.

People of all ages can be affected by COVID -19, but older people and people with pre-medical conditions ( asthma, diabetes and cardiovascular diseases) appear to be more at risk as they have chances of becoming severely ill with the virus. The most commonly reported symptoms include fever, dry cough and tiredness, and in mild cases people may get just a runny nose or a sore throat. In the most severe cases, people with the virus can develop difficulty in breathing, finally leading to organ failure increasing the fatality rates.

This virus primarily spreads through droplets of saliva or discharge from the nose when the infected person coughs or sneezes, thus making it imperative for people to be extremely cautious, avoiding exposure to this virus and strictly following the below mentioned preventive measure to curb and slow down the transmission.

Wash hands with soap and water at least for 20 seconds at least 5 to 6 times in a day or after returning from public places which may be infected by the virus. This is the most assured way to prevent the virus from entering the human body.

Avoid touching your eyes, mouth or nose with your hands especially when they are not washed. Hands are the most likely to catch the infection as we may touch any surface which may be having the infected particles. Thus to avoid the inlet of the virus into our system this must be followed.

It may not be possible to avoid the contamination by washing hands regularly Prefer to use an alcohol-based sanitizer if soap and water are not available. Although thorough precaution must be taken when using sanitizers when one may be near inflammable objects such as the gas stove as it may cause severe burns.

Clean and disinfect frequently touched surfaces daily. Sanitize objects such as doorknobs, lift buttons, keys, etc that may be widely exposed to the virus. Commonly used items are at a greater risk of contamination; especially, when many people may be using it.

Cover your nose and mouth with elbows or tissue while sneezing or coughing. Tissues must be disposed of in dust bins with closed lids immediately after use. The elbow technique works well as we do not touch other things or body parts with the elbow, thus minimizing the chances of infection being transmitted.

Avoid huge social gatherings. This can aggravate the scenario drastically as hundreds may contract the infection that may grow into thousands within no time. If you need to visit any public places such as markets or banks ensure that you maintain at least 1.5-meter distance from other people.

Avoid physical contact such as shaking hands when meeting people. It is not a taboo, but we need to ensure that the spread is curbed through appropriate measures.

People who are sick should especially distance or isolate themselves to break the chain of spreading this virus. One cannot imagine the frequency with which this enemy advances, so anyone who has the slightest signs should first distance themselves and then get themselves checked by a medical personnel. No medicine should be consumed on one's own accord as it may prove to be fatal.

Wearing masks is mandatory for those having symptoms such as cough and cold. The main hindrance that medical practitioners face with this virus is that many times it cannot be diagnosed in the initial stages. As mentioned earlier, since the transmission is through the saliva droplets of the infected person, this precaution is extremely vital. We at Online Pharmacy in the UK are doing our level best to assist people during this crucial crisis. Our product,

Venus N95 Face Mask NIOSH Approved mask is made from superior technology micro-fine filter which helps to protect from the particles suspended through respiratory disorders. It is composed of multiple layers that filter more than 95% non-oil based particles, more than 80% solid airborne particles acting as the best resort for Corona Virus protection.

In such times, we must all unite unanimously, without any bias to terminate the ill-effects caused by this deadly monster. Life Pharmacy has a legacy of being one of the most trusted pharmacies in London since 2007. We at UK Online Pharmacy are well-equipped to serve you all that you need at your doorsteps without delay.