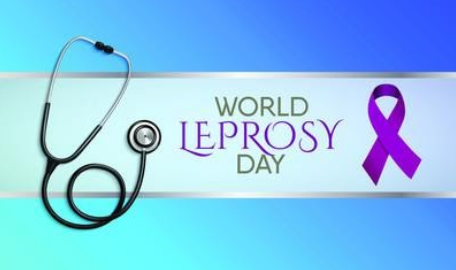 Observed on the last Sunday of January every year, World Leprosy Day aims to raise awareness of a disease many believe to be extinct. World Leprosy Day 2020 was focused on ending discrimination, prejudice, and stigma.

Also known as Hansen's disease, leprosy causes severe and painful disfiguration of the affected person’s body. This World Leprosy Day 2020, WHO had taken up the theme “Leprosy isn’t what you think”. It is more important to destroy the wrong notions attached to the disease than eradicating the ailment.

Caused by a bacillus, Mycobacterium leprae (M. laprae) leprosy is a chronic infectious disease. As M. leprae multiplies very slowly, the symptoms of the disease are seen after a long period of getting an infection on an average of five years. The disease generally affects the peripheral nerves, skin, eyes, and mucosa of the upper respiratory tract.

Signs and symptoms of leprosy

Following signs and symptoms indicate that a person has leprosy:-

Yohei Sasakawa, WHO Goodwill Ambassador for Leprosy Elimination had reportedly issued a statement on World Leprosy Day 2020. He said leprosy patients are generally abandoned or isolated by society and even their own families. Leprosy today has become an easily curable disease and WHO distributes its drugs free of cost. If detected early and treatment can help to prevent the disability that the disease can cause.

He also said not only fighting the disease is crucial but the discrimination and prejudice need to be fought off. There are netizens affected by leprosy in every country of the world. Due to the societal influence of rejecting such people, they don’t even turn up to the clinics or hospitals for treatment as they think leprosy to be a shameful disease. Sasakawa added that “Leprosy is not a disease of the past. It is an ongoing issue”.

New cases of leprosy are still being reported in many countries and regions. All of us around the world are supposed to have a correct understanding of the disease and kindness towards those with the disease. The change in behaviour of the society will help patients to go to the hospitals and clinics for the treatment just as they did earlier when they didn’t have leprosy.

M. leprae spreads person to person via droplets or nasal secretions from the nasal mucosa and upper respiratory tract says researchers. Although the disease is not highly infectious, it is speculated that the infected droplets reach other peoples' nasal passages and commence infection there. It is a rare case that humans get leprosy from a few animal species. Still, investigations are on by medical researchers for routes of spread for leprosy. The incubation period for the disease varies from about 06 months to 20 years.

Can leprosy be prevented or avoided?

Although the risk of leprosy infection is very less, the risk can still be reduced. The best method to stop leprosy is to avoid contact with the rashes and body fluids of the people who have contracted the disease.

How is Leprosy treated?

Antibiotics like the following can help to treat leprosy.

Antibiotics kill the M. leprae bacteria in the body but cannot stop the deformities or the nerve damage caused by leprosy. This is the reason why early treatment plays a crucial role. You might have to take antibiotics for a minimum of six months or maybe longer too as per the severity of the infection. You can easily get the medications prescribed by your doctor with your pharmacist or you can call online pharmacy UK to check for the same.

Leprosy can cause permanent damage to the nerves in the toes, hands, fingers, and feet if left untreated.

HWhere can I get more information on Leprosy?

The above information provides a common overview and may not be applicable to everyone. Consult your family doctor and get more information on this subject.

Also, you can check a wide range of health products and medications available at your online pharmacy UK – Life Pharmacy. We are a family-run online chemist UK helping thousands of customers with genuine and trustworthy healthcare solutions. We at UK pharmacy can be your one-click solution needed for all your pharmacy requirements.